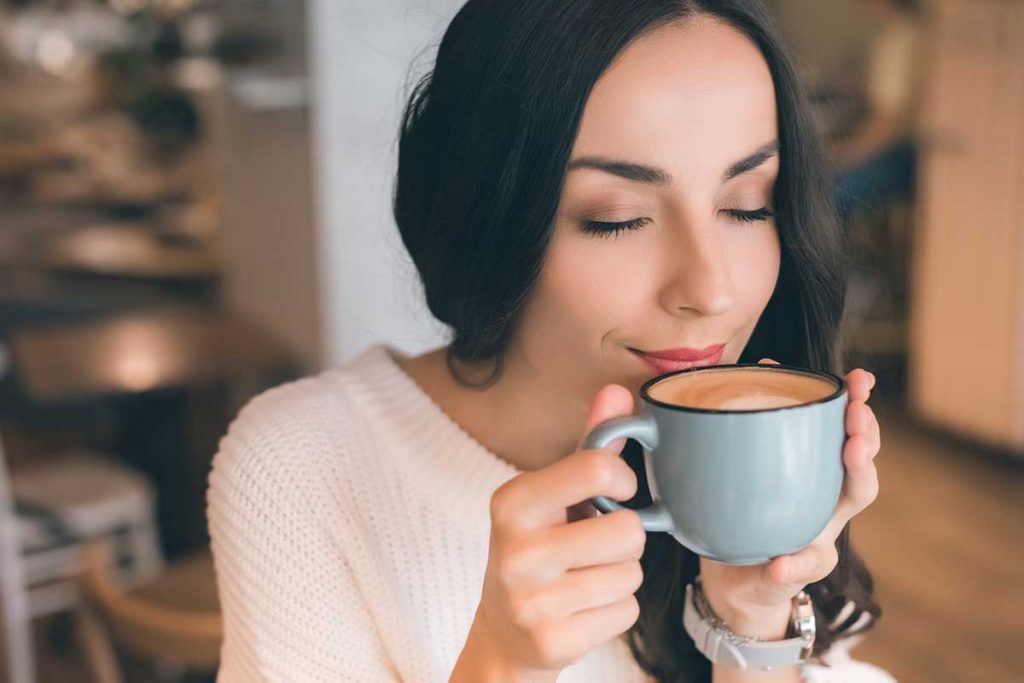 For millions of Americans, the day begins with a cup of coffee or two (or three), and can’t even function before their daily fix. The amount of coffee that Americans drink continues to go up, and coffee statistics are changing every year.

Today we are going to dig into the statistics behind coffee consumption, who drinks coffee daily, and the behavior and trends behind it all. Let’s dive in!

Coffee Statistics in the USA: Highlights

What Percentage of Adults Drink Coffee?

How Many Americans Drink Coffee?

According to the NCA’s 2022 media highlights, 66% of Americans had drunk coffee within the previous day. This is a two-decade high, and a 14% increase since January of 2021, indicating that more adults than ever are consuming coffee.

To give a better picture of the magnitude of these numbers, it is estimated that Americans are consuming 517 million cups of coffee per day.

How Much Coffee Does the Average Person Drink?

On average, a coffee drinker consumes 3.1 cups of coffee per day. Over the span of a year, this equates to about 146 billion cups of coffee being consumed by Americans.

What Is the Average Price of a Cup of Coffee?

The average price for a cup of coffee is approximately $2.70; however, this price does vary depending not only on the type of coffee, but also on where you live. Some cities have much more expensive coffee than others. 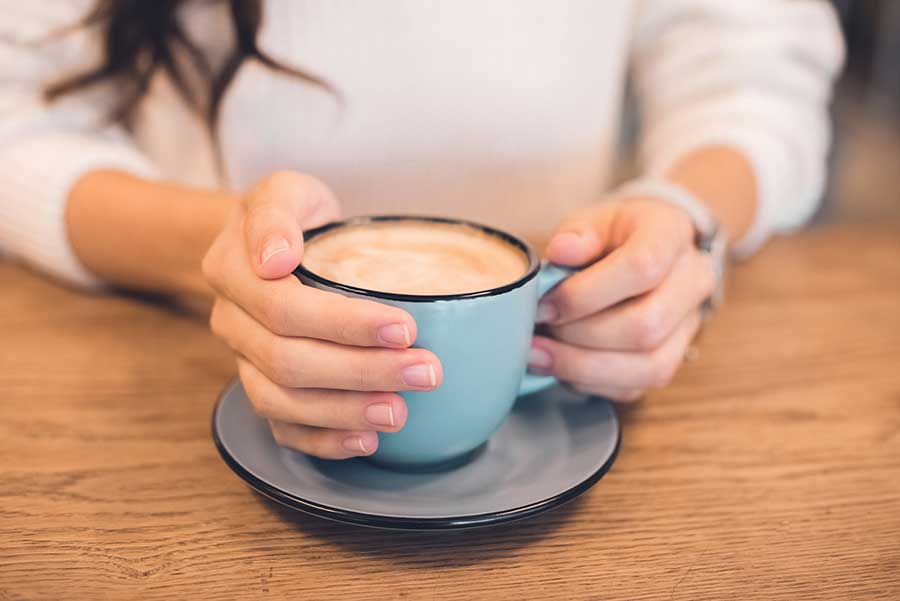 What Is the Average Price of Espresso? 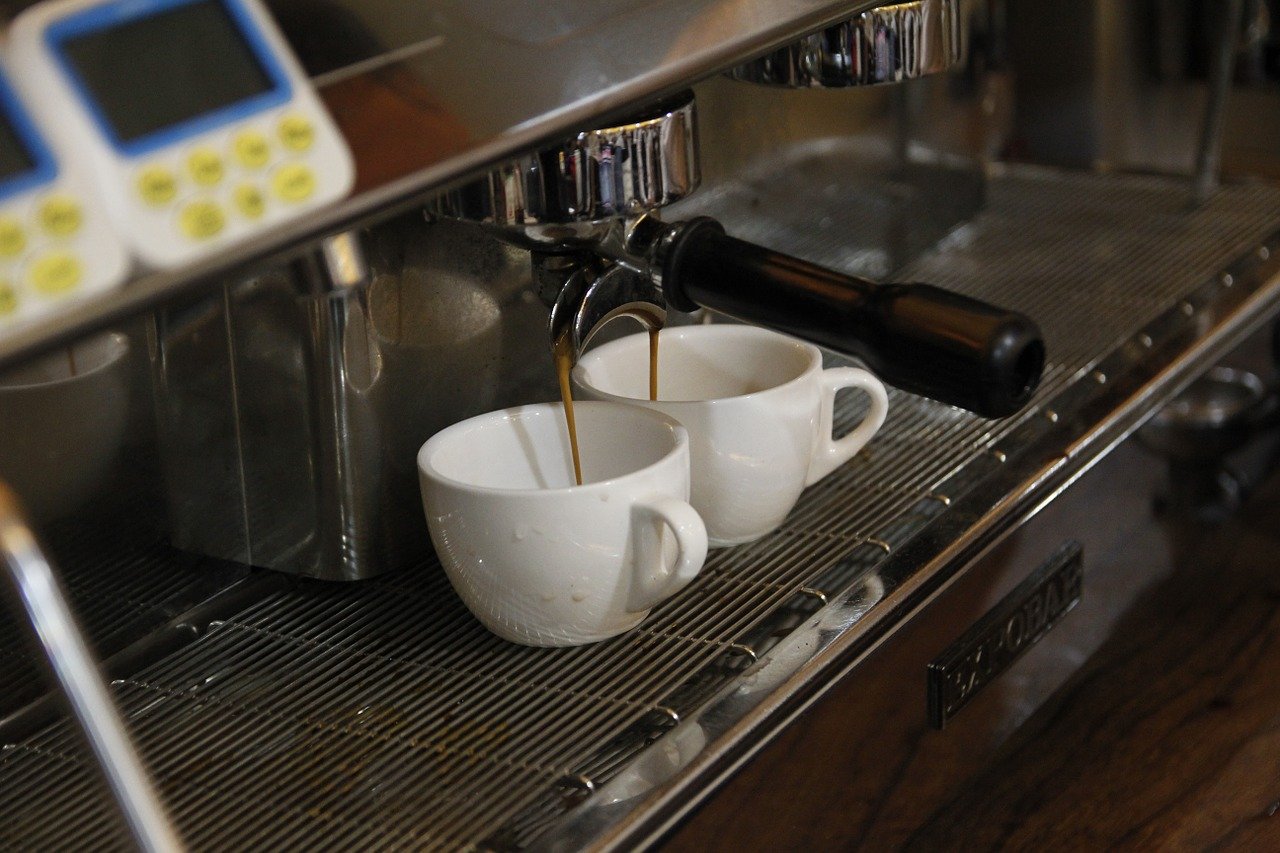 The average price for an espresso is around $3.45 and could continue to rise. Arabica coffee prices are hovering around $2.37 per pound, with a high in January 2022 at $2.47 per pound. Even with this cost increase, 26% of people are consuming an espresso daily (NCA).

Cities with the Highest Number of Coffee Shops

According to WalletHub, San Francisco ranks 2nd on the list of coffee-friendly cities, with Portland coming in 1st and Honolulu following in 6th. The same study by WalletHub showed that the cities that had the smallest number of coffee shops per capita were Henderson, NV, San Bernardino, CA, and Corpus Christi, TX.

How many people drink coffee in the world? It is estimated that there are approximately 1 billion people worldwide that drink coffee, and coffee is the second most exported commodity in the world behind oil. Although Americans drink a lot of coffee, the United States ranks only 25th on the list of biggest coffee consumers. Per World Population Review, these are the top ten countries that drink the most coffee per person.

Americans of all ages are drinking coffee. Almost half of adults aged 18 to 24 drink coffee daily, which is an increase of 14% since January of 2021; however, a whopping 70% of seniors drink coffee daily. Seniors had a higher percentage of coffee drinkers in their age group, as well as drinking 3 times as much coffee as the younger group. 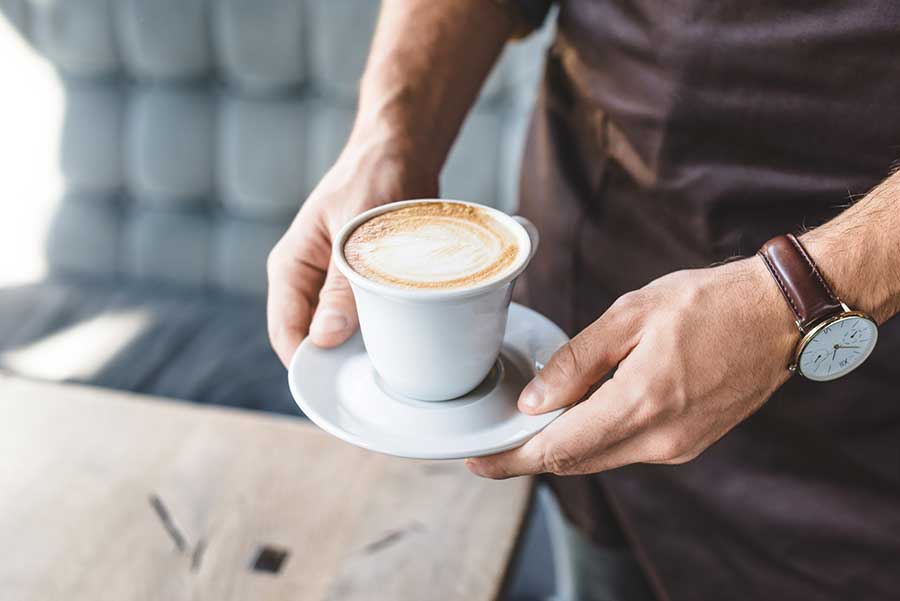 Although the senior age group has a higher percentage of coffee drinkers and drinks more coffee daily, then, they are spending less money on drinking coffee by brewing their coffee at home.

In a study done by the NCA, they ranked the top four ways that Americans prefer to have their coffee prepared.

The #1 way was drip coffee, with 41% of coffee drinkers preferring their coffee to be made the standard way; however, it appears that the number of people that prefer drip coffee has been declining over recent years. 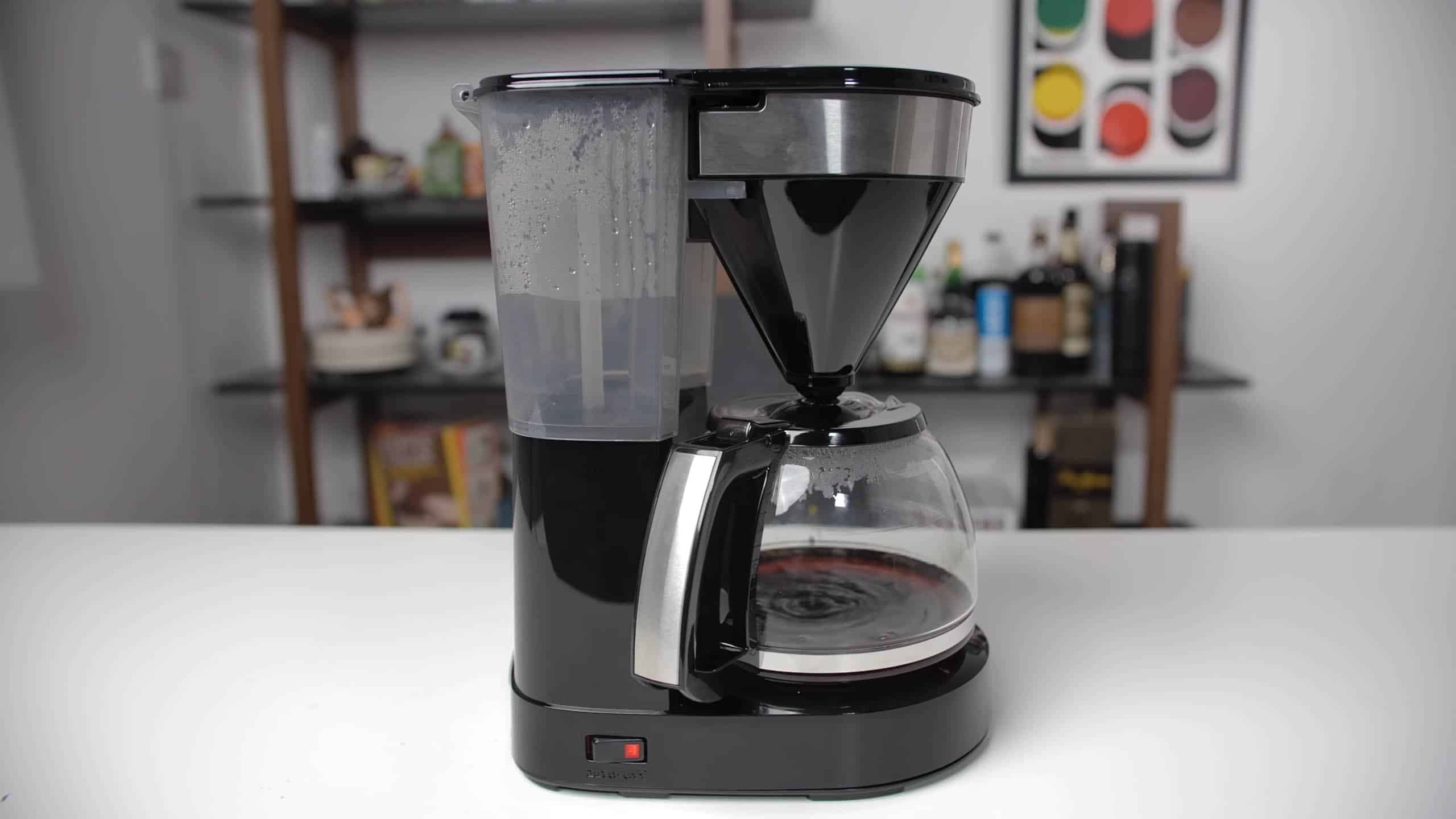 In 2nd place were single-cup systems such as the Keurig, with 27% of people preferring this method of preparing their coffee. This is most likely due to the ease of use and the ability to quickly make one cup of coffee in the morning or on the way out the door.

According to the NCA, a medium roast coffee is referred to as “America’s roast” because it is the most preferred in the United States.

The specific US numbers from Statista are as follows:

With so many ways to drink coffee these days, combined with the wide range of specialty drinks, it’s interesting to see how Americans prefer to drink their coffee because it does vary.

According to the NCA, 43% of people had chosen a specialty coffee within the last day. This number was up 20% since January 2021 and is the highest number to date; more people are picking specialty coffees than ever before.

For the group that loves espresso drinks, it seems that certain espresso drinks are more popular than others. 17% of people chose both cappuccinos and lattes, 16% chose a traditional espresso, 13% chose both the Americano and cafe mocha, 9% chose a macchiato, and 6% chose a flat white.

The use of coffee creamers is becoming more popular by the year. There are thousands of options available from regular dairy creamers to creamers with almond, oat, and coconut milk, amongst others. Creamers come in almost every flavor imaginable and there is something out there for everyone. In 2022, over 184.72 million people are projected to use coffee creamer, with that rising to 187.25 million people by 2024 (Statista).

Favorite Time of Day for Coffee

Coffee has long been known to be a morning beverage, and 84% of coffee drinkers have a cup of coffee with breakfast; however, since July 2021, coffee consumption after breakfast has gone up 15%. It seems that many people are enjoying coffee mid-morning or even through the afternoon hours (NCA).

Coffee drinkers are still drinking coffee at home quite frequently, with 84% of drinkers consuming their cup of java from the comfort of their home the previous day.

According to the NCA, though, 27% of coffee drinkers had coffee away from home which is up 8% since January of 2021, but still lower than the numbers prior to the pandemic.

There are many foods that pair well with coffee. Typically, people tend to lean more toward pairing sweet foods with coffee such as breakfast pastries, chocolate, or even fruit.

According to Tastewise, these are some of the top food pairings that people have with their coffee. 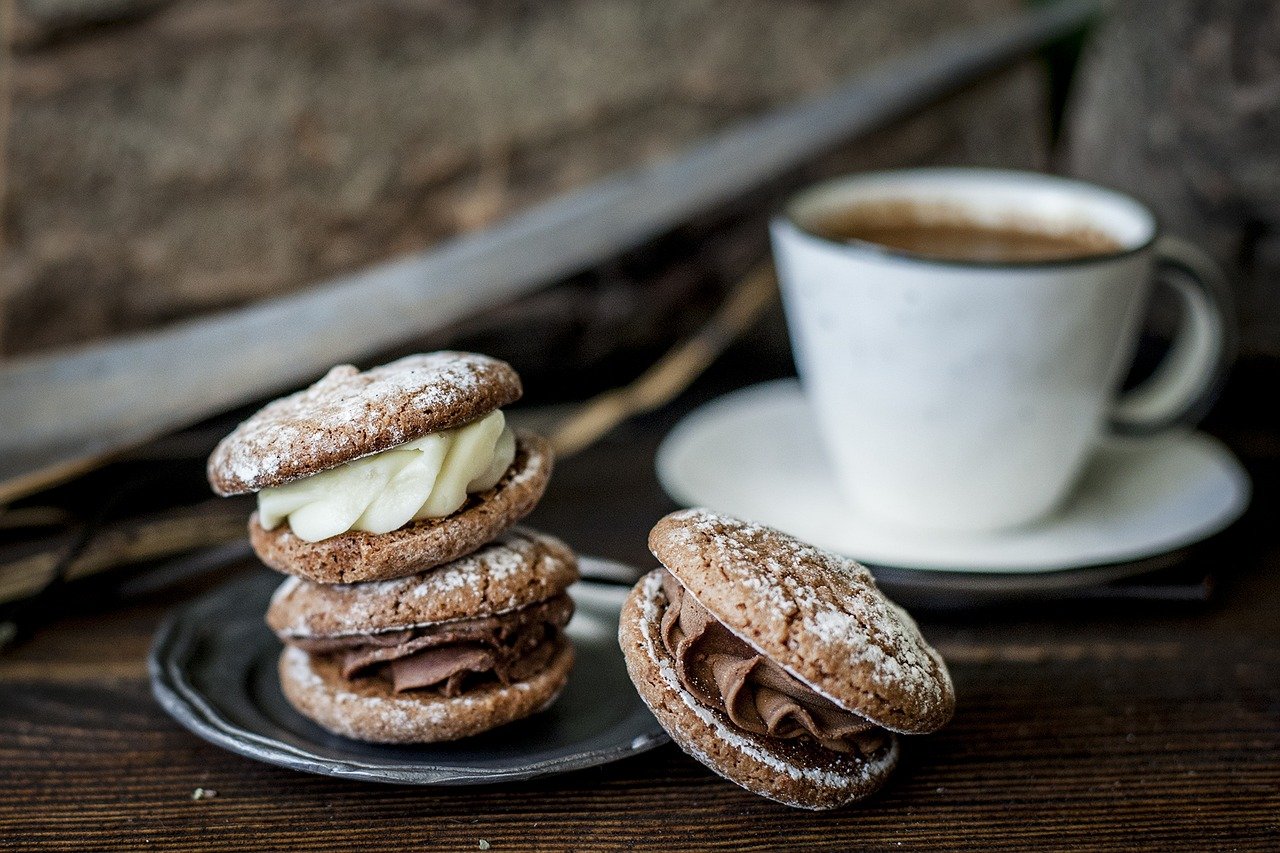 Coffee consumers around the world are trying to be as environmentally friendly as possible. Research done by Mintel’s Global New Products Database shows that 48% of all new coffee product launches in 2020 boasted some form of environmental or sustainability claim.

This is almost double the number of new coffee product launches that made the same claims in 2012; the product with the most controversy is coffee pods and capsules, due to the amount of landfill waste that they create. Many coffee companies are working to find ways to make these sustainable and recyclable to reduce their environmental impact.

Companies such as Starbucks are hoping to make a good impact on the environment by reducing the number of disposable cups that they go through. Starbucks currently goes through 7 billion disposable coffee cups each year worldwide.

Many coffee drinkers are beginning to use reusable cups, though, and Starbucks has said they hope to eventually get their customers to solely use reusable cups. Their next step includes allowing reusable cups for mobile orders and drive-thru orders, which is not currently allowed. 40% of the company’s packaging waste comes from disposable cups and lids, so they are working hard to make a change (CNBC).

Coffee consumers are also looking to purchase fair trade products as a way of becoming more environmentally conscious. Coffee companies are beginning to advertise when they are producing ethically sourced coffee products and they typically will have sustainable packaging and biodegradable products.

The Fairtrade Foundation estimates that they work with 838,000 coffee farms across 32 countries. They help to ensure that coffee farmers receive a fair minimum price to cover production costs, to prevent prices falling below a level that would allow farmers to sustain their business.

Coffee not only powers the coffee drinkers, but also powers the US economy!

That’s a Wrap on Coffee Statistics

Wasn’t all that incredibly fascinating?

Without coffee, how would a billion people around the world function? They’d be walking around like zombies. Think about the global economic impact of almost 10 billion kilos of coffee sold! From these astounding figures, wouldn’t you say that coffee does make the world go ‘round?