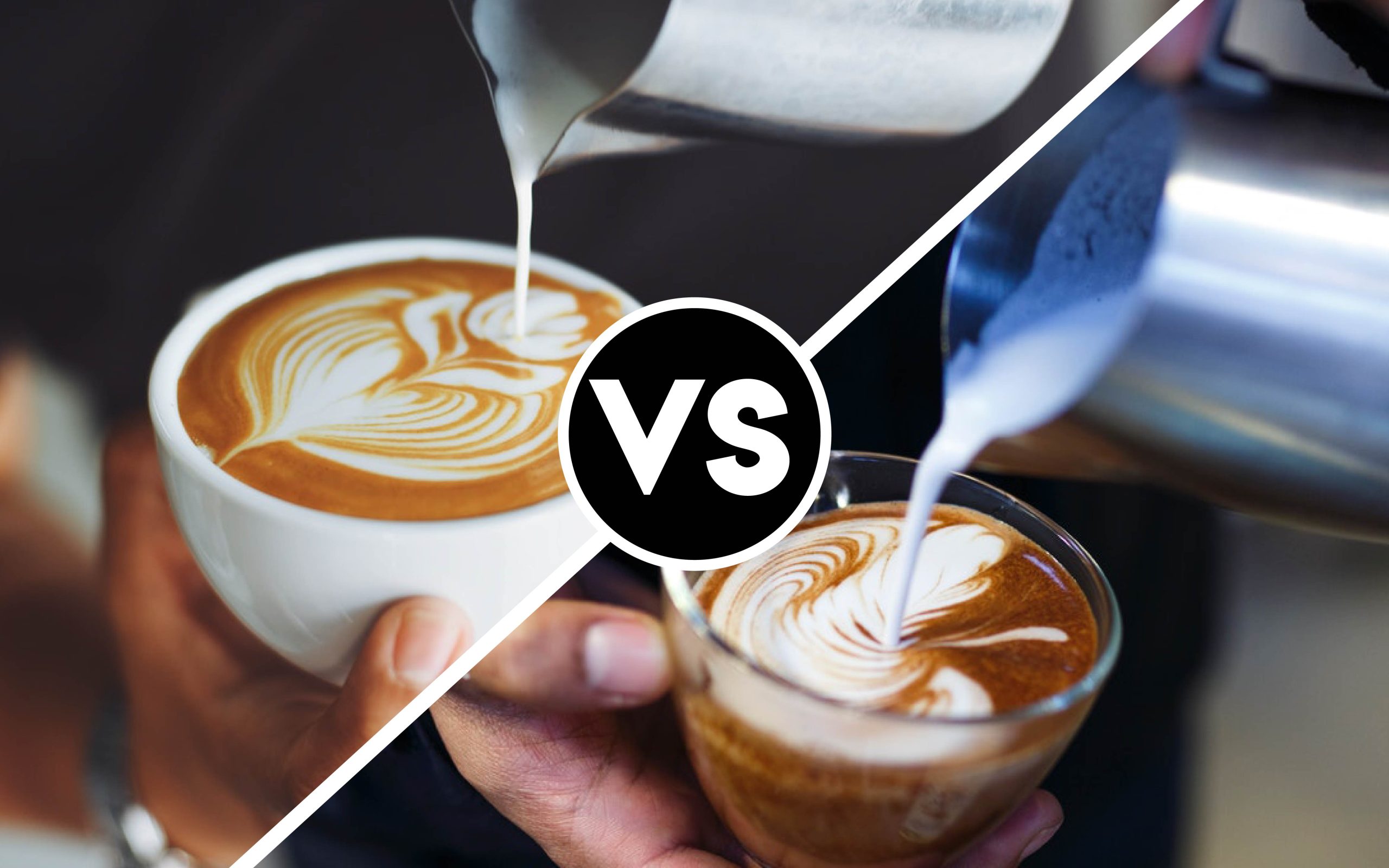 You’ve probably heard of or even drunk a latte, but if you thought there’s little to explore in the world of creamy flavorful coffee beverages, you’re wrong. Nothing will usher you into this exploration as well as diving into a breve vs latte discussion.

The breve isn’t as familiar as the latte, but it’s old and special enough to earn a seat at the table of coffee comparisons. If I was to serve you one right now, you could easily confuse it for some kind of latte and you wouldn’t be wrong.

The line between these two is thin and blurry but I’ll dig deeper to help you understand both better. Maybe you’ll decide it’s time to switch things up.

Main Differences Between Breve vs Latte

The main differences between latte vs breve are:

Both drinks are delicious and suited for our unique needs and tastes; they aren’t necessarily rivals. You have probably noticed that the composition isn’t the same, and that’s where most of the differences emerge.

If you have a sweet tooth, a latte would probably suit you better; also, you can flavor it to match your specific tastes. A latte is not as heavy and strongly flavored as a breve, though, and a breve is higher in calories and fats.

You can choose either beverage based on your current mood, taste, and health needs.

Latte vs Breve: How They’re Made

These two beverages have a bit of history, although one of them is a variation of the other. Let’s find out more about the difference between breve and latte.

A breve is as simple as a latte but richer than your typical cappuccino. You can also call it cafe breve, latte breve or breve caffee. Pronounce it as “brev-eh” to avoid giving a barista other ideas. 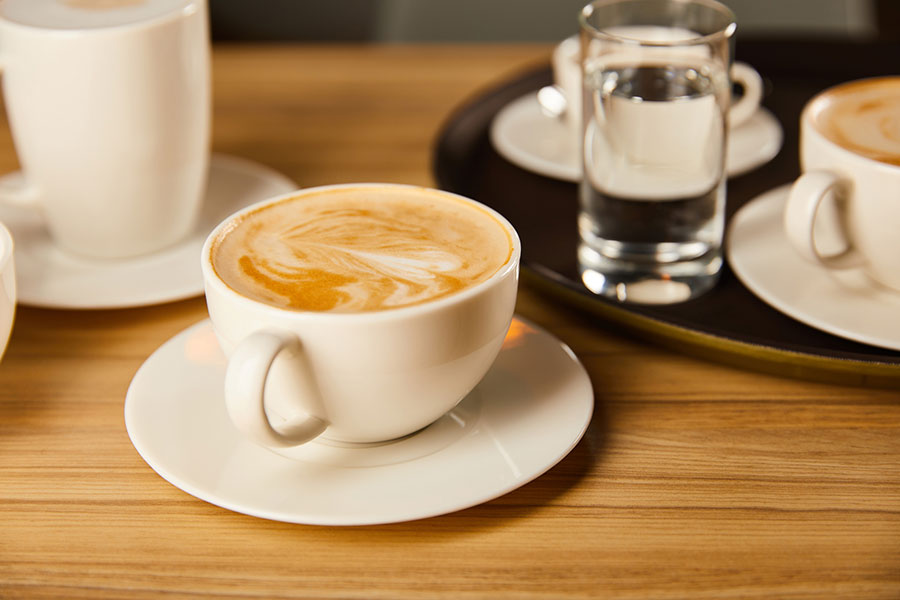 Even though it’s American at heart, the drink’s name is borrowed from the Italian language. It means brief, short, concise, or little; this might have been a reference to how it’s made. It’s not as sophisticated as it sounds; even amateur baristas can get it right on their first try.

A breve, on the other hand, is made with ¼ espresso, ½ half and half steamed milk, and ¼ foam. Half and half, if you’re unfamiliar, is a mixture of equal parts whole milk and cream. It’s available at coffee shops and stores, or you can make one at home by mixing the two ingredients.

Because of the ingredients used and how it is made, a breve is heavier, creamier, and richer in flavor. In brief, this is how you go about making it:

Tools You Will Need

Easy-peasy, right? That’s how to make a breve in brief. There’s still more to learn later so stay with me. 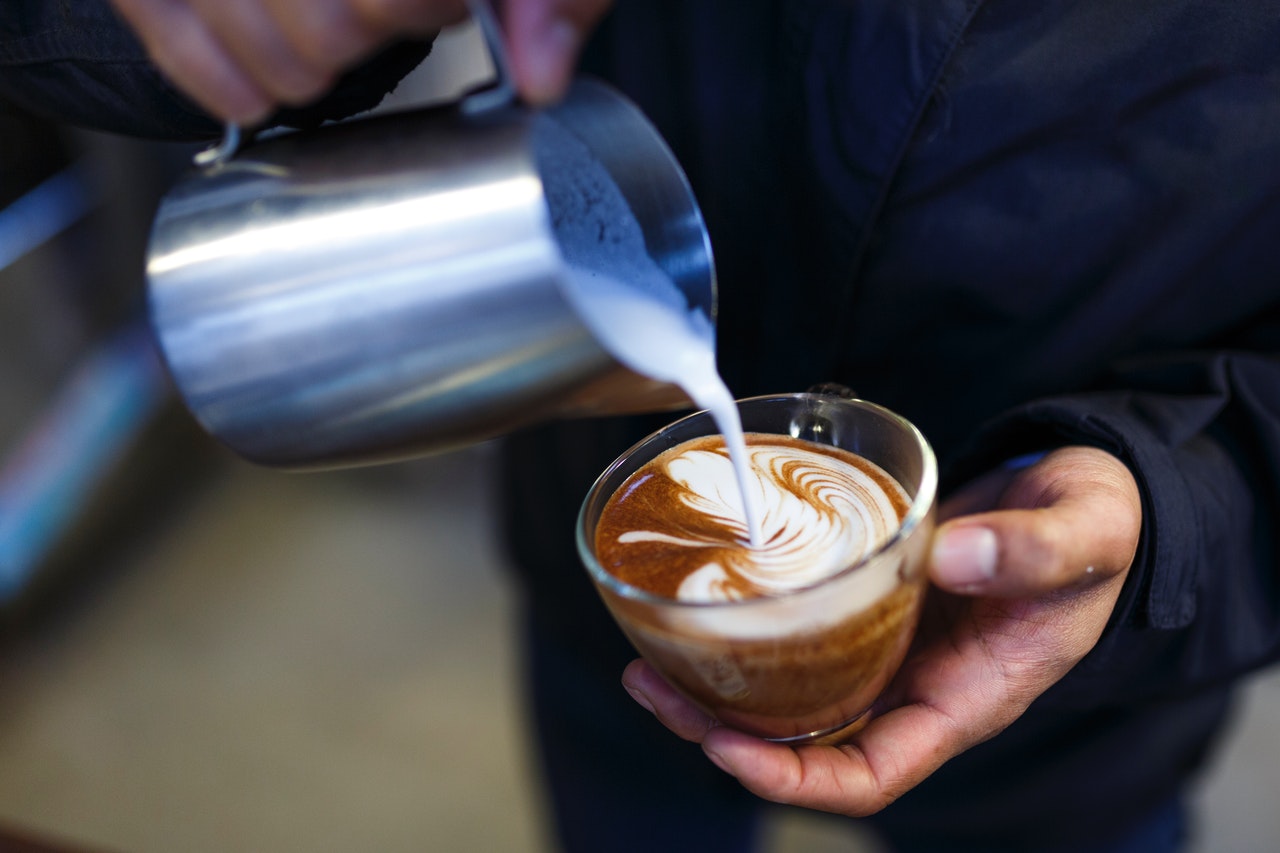 Lattes trace their roots back to Italy. It’s not an entirely Italian drink, but it has close ties with a cappuccino. Comparing the two, you can easily tell that a latte is a moderate version of the cappuccino.

It’s believed that American tourists traveling to Italy found cappuccino too strong. To lighten it, their hosts added milk to the beverage. Essayist William Dean Howell, who authored the book Italian Journeys, is credited with making the term “caffè latte” popular.

Across Europe, it goes by different names. The French call it café au lait, and it’s known as cafe con leche in Spain, but in America, the name latte has stuck. Regardless, it simply means coffee with milk.

Lattes combine ¼ espresso, ¾ steamed milk, and a small amount of milk foam. Preparing this drink is a straightforward process. Steam and froth the milk, pull a shot or two, and then mix. There’s no delicate separation of layers.

The presence of milk makes it less strong than breve or cappuccino but it’s still delicious with a complex flavor profile. Here’s how to make a latte in brief.

Tools You Will Need

The challenge in preparing a breve is parting the silky foam to allow steamed milk to flow into the cup containing espresso. The froth, which goes on top, should then be pushed from the pitcher (don’t scoop) into the cup to complete the layering.

Compared to a latte, a breve requires more care and a bit of skill to get right.

As I told you earlier, the major difference between breve and latte lies in how they are made and what is used to make them. I break it all down below.

A breve is creamier and rich because of the half and half. As it steams, some sugars are burned, giving it a hint of caramel. Still, the beverage packs a powerful coffee punch and would make a refreshing alternative to your typical latte.

Looking at the latte’s composition, milk is a bigger share of the beverage. It requires way more milk than you need to use in a breve and is the reason for a latte’s sweeter taste and smoother texture. It also dilutes some of the coffee’s flavor, leaving the drink with a milder flavor.

This delicate balance of milk and coffee gives the latte a luxurious mouthfeel and balanced taste. As if that’s not enough, you have the option to flavor it with syrups and other additives to make a beverage of your liking.

Your body needs calories and fats for energy and to maintain a healthy weight. Before you choose a beverage rich in both, talk to a physician about how many calories you need every day to stay healthy.

Because a breve uses half-and-half, therefore, it has about four to five times the calories a latte has. Cream contains 36 to 40% fat. When cream is mixed in equal parts with whole milk (as in a half-and-half)  the percentage ends up being between 10% and 18%.

Latte vs Breve: Is There a Winner?

If you were to decide between these two based on ease of preparation, latte wins hands down. Both taste great, but we all know this is subjective. Therefore, the question of which is more delicious will depend on your tastes and preferences.

Remember that a breve would have more fat and calories. To make sure you do not consume more calories than you need, it would be healthier to only have a breve on weekends, special occasions, or at specific intervals.

That said, both beverages, when prepared well, are absolutely delicious and can you a pleasurable coffee fix.